Following our post about sex positivity, today we’re going to talk about being HERE and QUEER!

But not just Here for Queers: Here are 5 ways a queer sex shop benefits everyone – regardless of sexual orientation.

There are lots of different ways in which the heteronormative story is told but the basics of the story tend to be the same.

Queer people are usually left out of this story – which can feel pretty bad – but it also gives us a different perspective on the narrative. Knowing that sexual attraction between a man and a woman is one way – not the way – invites a healthy skepticism about other sexual norms.

Queer sex shops can offer a window into other ways of perceiving and experiencing ourselves, other people, and sexuality in general. For those who aren’t surrounded by queer people and queer culture, or who feel constrained and boxed in by the flurry of sex-negative messages out in the world, queer sex shops can be an important way of accessing ideas which aren’t part of the straight world order.

The mainstream, sanctioned story about sex denies so many people’s desires – and this includes straight people. But it’s the story, not the desire, that is at fault.

Part of being a queer sex shop, for us at Other Nature, is about opening up as much space as possible for all the different stories out there. In short, we’re a “Choose your own adventure”- type of place.

Toy designers often market their toys as “for him” and “for her”. But the fact is, as long as you’ve taken some safety basics on board, toys can be used any way you want – regardless of your gender.

As a queer sex shop, we let people know what the toy designers originally had in mind, but we also give space for curiosity and creativity. Each body is different and the possibilities are almost endless!

3. Letting go of goals = opening up to pleasure

The idea that sex is a linear and goal-oriented pursuit has long had a strong grip on our collective sexual imagination.

Queer people are obviously not immune to the cultural norm of goal-oriented sex – nor do we have a monopoly on a more pleasure-focused approach! But queering sex means questioning prevailing doctrines – including the race to the finish line.

Ironically, letting go of goal-oriented thinking can be the beginning of more intensely rewarding sexual experiences.

4. There is power, humour, and healing to be found in community

Sex-negative culture, narrow norms about sexuality and the assumption that sexual know-how is innate can leave you feeling alone in your sexual reality. Whether you have a concern or are itching to talk about a joyous experience, feeling isolated is no fun at all.

Wondering if it’s a myth that folks with vaginas can ejaculate? Not entirely sure where the clitoris lives? Curious about prostate pleasure? Think you might be asexual? You are most definitely not alone! Not only have other people shared your experiences, someone’s probably written a zine about it. If not – write a zine about it, and be part of the creation of community.

5. Sexuality is worth celebrating

Sometimes it might seem like the world is sex-saturated, but take a closer look and the actual messages we’re getting are often pretty sex-negative. At best, sex is taken for granted – it’s just a thing people do. Inherent in queerness, on the other hand, is a conscious engagement with sexuality.

And if you’ve ever been to a pride parade, then you know that the queers know how to celebrate.

A queer, sex-positive position doesn’t just allow but actively encourages a joyful, defiant and proud celebration of this rich area of human experience. For some people, sex isn’t that interesting, or is distinctly unappealing – and that’s a-okay. For others, it’s a playground, a spiritual practice, an expression of love, or a whole lot of fun. Whatever your individual relationship with sexuality is, it’s yours – and you have every right to nurture, explore, invest in and celebrate it.

And this goes for EVERYONE. 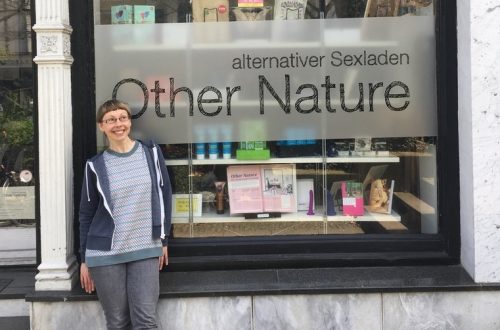 Why it’s important to support your local feminist sex shop