Dear Stuck In My Emotions,

I can assure you that you’re not the only people for whom this is a problem: differing relationships to drugs (and alcohol) is a source of tension between partners that comes up very often in my counselling practice. Some couples do find a way to navigate it, but for others it ends up being a deal-breaker, either for the continuation of the relationship or for particular choices, such as whether to cohabit or have kids together.

Relationships seem to be most threatened by the issue when mutual respect is corroded: the sober partner fundamentally doesn’t respect people who take drugs, or specifically doesn’t respect the person their partner is while they’re high; and/or the drug-taking partner doesn’t respect their partner’s feelings, or disregards agreements they have made (such as not coming home high). Your letter suggests that you’re both at least trying to be respectful of one another’s choices and feelings, which will stand you in good stead. That said, I invite you to see if there’s anything there alongside that goodwill. If, in your heart of hearts, you already see her as one of “those” people, or if she, deep down, thinks you’re overreacting, those feelings need to be addressed, rather than buried.

What stands out for me is your frustration with your emotions. You want so deeply to feel differently than you do. The irony is that, rather than dissolving or softening your emotions, this wish will generate more stress and tension. Try taking a few deep breathes – right now, as you’re reading this – and saying out loud “I accept that this is hard for me”. You might start to cry, experience strong resistance, or just feel fraudulent saying it (spoiler: this is a “fake it ‘till you make it” kind of thing). In our rush to problem-solve, we don’t often take this moment to survey our inner landscape. But just noticing and accepting what feelings are present is an invaluable first step in dealing with any emotionally fraught situation.

When someone is having VERY STRONG emotions, my instinct is to explore whether they know what it means to feel safe (by no means universal), and/or if their sense of safety feels threatened. Feelings that are activated at that all-caps level of intensity can indicate an underlying sense of existential threat. An experience of terror (often described with reference to emotions being “out of control”) may not seem rational or rooted in the immediate situation: we don’t really believe, for example, that our life is in danger. But those feelings have roots somewhere, and emotions that aren’t easy to understand are still – and perhaps especially – worthy of care.

I don’t know what the severe addiction issues in your family looked like, when they occurred, or what you have been able to do to heal from them. I do know that if your primary caregivers were unpredictable or physically or emotionally absent during your childhood, that will have had a detrimental impact on your ability to feel safe. I also know that traumatic experiences of sexual violation can have long-term consequences. If you suspect that your emotional and physiological reactions to your partner’s drug use are connected to past experiences, I encourage you to explore some approaches to working with those historic events. Therapies such as EMDR and trauma-informed bodywork can help people discover or reestablish a sense of safety within themselves. This kind of work could also support your exploration of your own struggles with addictive behaviour.

People you trusted have hurt you whilst using drugs – and blamed the drug-use, rather than taking responsibility for their actions. It’s perfectly reasonable for you to try to protect yourself from further pain. Only you can decide which steps you need to take: whether, for example, avoiding being with people while they take drugs is enough, or whether you’re ultimately not willing or able to be in close relationships with those who do so. As you observe, there are healthy partnerships between those who occasionally use drugs and those who don’t: it can work. But there are also lots of sober folks who explicitly and exclusively seek out intimate partnerships and friendships with other sober people, because compatibility in this area is so important. And that’s absolutely okay.

You describe the topic as “loaded”, and I’m wondering if there are unspoken feelings weighing on you. Be vigilant for beliefs like “if you really loved me you would stop taking the drugs” (or, on her side, “if you really loved me, you would be okay with this”). The important thing isn’t the validity of these sentiments, but rather that they so easily go unsaid. A conversation (or argument) that is explicitly about drug use then resonates emotionally as though it’s about your value to your partner, or your very worth as a person (the even more toxic “if I were lovable, you would stop taking the drugs”). For the two of you to move forward, it’s important that you both know what you’re each really saying and hearing.

When we’re stuck in a pattern with our partner, it’s helpful to stay grounded in the present – which is easier said than done! It requires us to let go of the past and be open to the uncertainty of the future. What do you need in order to forgive your partner for the incident you’re still secretly blaming her for? I wonder if you’ve ever let her know just how much pain she caused you. Holding on to a past hurt, without giving our partner the opportunity to make amends, can give us a sense of control in a situation in which we otherwise feel powerless: it’s like having one last card to play. But that little bit of control can cost us the trust that’s only accessible if we make ourselves vulnerable.

The irritation and anger you feel before she goes out with particular friends sounds like a response to something you’re anticipating or fearing, rather than to what is happening now. Perhaps on some level you’re trying to forearm yourself against future disappointment. Your partner may feel blamed or punished for mistakes she hasn’t made yet: while evasion won’t help matters, it’s an understandable reaction. The next time this comes up, take some time to be alone and do something physical to expend some of that angry energy: go for a run, punch a pillow, have a living room dance party to your angriest tunes. Once you can feel some space around that irritation, reflect on the current situation (e.g. “she’s going out with friends tonight”) and check in with yourself: what am I feeling now? You might find some fear, or loneliness – or you may actually feel okay.

I understand your intense wish that your partner would just stop taking the drugs. I’m sure it seems like that would bring you a great deal of relief, and a clear path out of the difficult emotions you feel. But there’s nothing in your letter to indicate that it’s going to happen. The alternative scenario, in which you learn to be “cool” and “FINE” feels more like a stick you’re beating yourself with than a way forward. These two imagined outcomes represent opposing ways of seeing the problem: one in which all the pain is her fault, and hers to end; the other in which you are to blame and must resolve the situation by fundamentally changing.

I think that you know that the reality is more complex, the way forward less black and white, and that that’s what’s surfacing when you ask how you might dial your emotions down and turn the topic into something productive. I wonder, though, if “productive” is unnecessarily ambitious: perhaps you and your partner could aim for workable. It may be that her drug use continues to bring up very strong emotions in you: the question then becomes whether you can learn not to change or even dial down your feelings, but to take care of them – and, if you can, whether that emotional labour is sustainable.

With genuine respect for all the feelings involved, I wish you well.

Got a question for Kitty?

If you’d like to get Kitty’s take on a problem, concern or question, you can submit a letter! Kitty – and our readers – want to hear a bit about you and your context: What is the background story to this problem? How is it making you feel? What outcome do you wish for, and what have you tried already to resolve the issue?

Letters should be around 200-300 words in length, can be submitted in English or German, and may be edited for length or translated before publication. Submissions are treated with complete confidentiality and are anonymised before they are read by Kitty. Please note that we unfortunately cannot respond to all letters and won’t be able to enter into personal correspondence.

Please include a signature name that we can publish with your letter. This should be an anonymous name that has some relevance to your issue. If none is provided, we’ll create one that we think is fitting!

Send your letters to feelings(at)other-nature.de 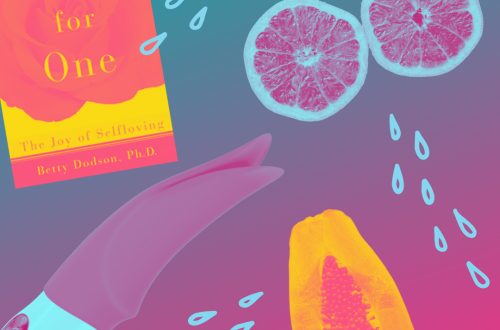 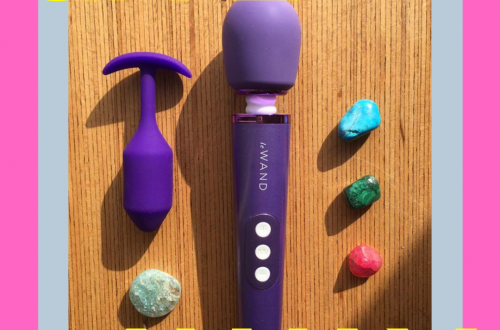 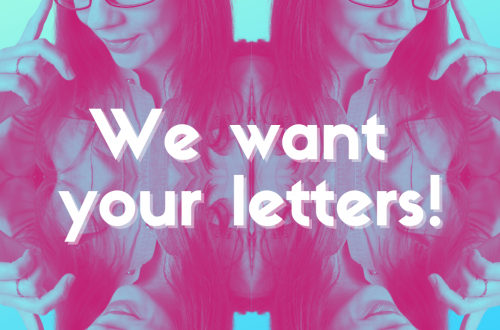 Feelings Involved: We want your letters!